Animals – House of the Rising Sun 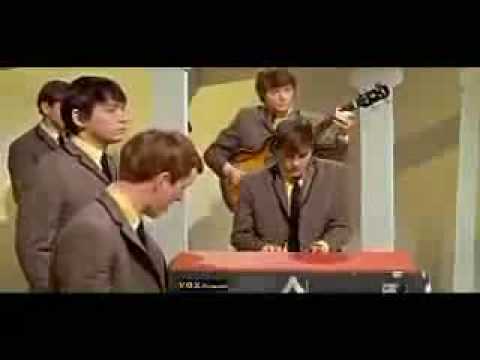 It is one of the classic songs of Rock and Roll. It only took 15 minutes to record.

We are talking about “The House of the Rising Sun” by Eric Burdon And The Animals.

The song was recorded in just one take on May 18, 1964. Burdon has said, “We were looking for a song that would grab people’s attention.” As recorded, “House of the Rising Sun” ran four and a half minutes, regarded as far too long for a pop single at the time. Producer Mickie Most, who initially did not really want to record the song at all, said that on this occasion – “Everything was in the right place … It only took 15 minutes to make so I can’t take much credit for the production.”

“House of the Rising Sun” was not included on any of the group’s British albums, but it was reissued as a single twice in subsequent decades, charting both times, reaching number 25 in 1972 and number 11 in 1982.

The arranging credit went only to the bands keyboard player Alan Price. According to Burdon, this was simply because there was insufficient room to name all five band members on the record label, and Alan Price’s first name was first alphabetically. By doing that, it meant that only Price received songwriter’s royalties for the hit, a fact that has caused bitterness with the band members ever since.

For those of you old enough, can you think of a band you saw at a local / high school dance back in the 60’s that didn’t play this song?

And for all you guitar players out there, remember how cool you were when you learned to play it?

Happy 54th Birthday to the classic version of “House of the Rising Sun” by The Animals!!

Animals – House of the Rising Sun Music Video Nr. 7 at the top 2000 from 2008 Lyrics: There is a house in New Orleans They call the Rising Sun And it’s been …

NONPOINT Singer On Forthcoming Album ‘X’: ‘I Haven’t Been Prouder Of A Record’