Steppenwolf – Born To Be Wild 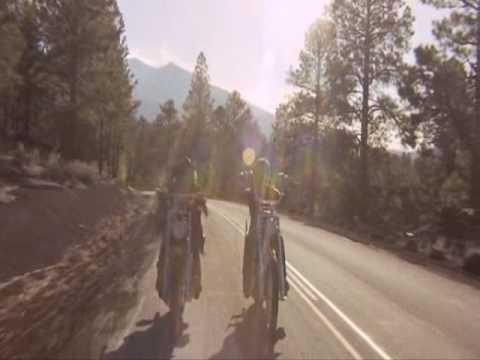 Steppenwolf released their single “Born To Be Wild” during the first part of July in 1968. There are some sites that say it was released on July 13th of that year. “Born To Be Wild” first appeared in the Billboard Top 100 Chart on July 13, 1968 at #70, so we know it was out prior to today’s date in 68′.

For many people it was the first time they heard the words “Heavy Metal” when John Kay sang the lyrics:
“I like smoke and lightnin’
Heavy metal thunder
Racing in the wind
And the feeling that I’m under.”

This song is credited as the origin of the term regarding that style of music.

Would you agree that “Heavy Metal” was indeed started because of this song? Oh, and how many of you wanted to get a motorcycle because of this? It did fit great into the soundtrack for the film “Easy Rider.” You do remember that right?

A lot of questions on this one. Happy kinda 50th Birthday to the single release of “Born To Be Wild”!!

Led Zeppelin – The Greatest Rock Band Ever? | This Day In Music

The Byrds’ Roger McGuinn is celebrating his 76th birthday today. His birth name …