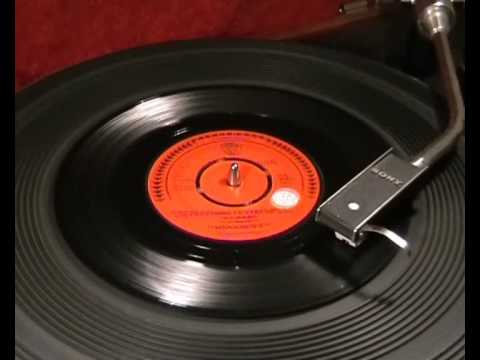 A snare drum, a tambourine, a hand-cranked siren, 90 minutes of studio time, and his own rhythmic spoken-word vocals were all a 28-year-old recording engineer named Jerry Samuels needed to create one of the strangest, fastest-selling, and most controversial hit singles in the history of popular music.

Released by Warner Bros. Records on July 23, 1966, under the name Napoleon XIV (Samuels chose those particular Roman numerals simply because he thought they looked good together, and for no other reason), “They’re Coming to Take Me Away, Ha-Haaa!” sold a half million copies in less than a week. On August 13 it was #3 on the Billboard Hot 100, with only the Lovin’ Spoonful’s “Summer In The City” and Sam The Sham’s “Lil’ Red Riding Hood” keeping it out of the top spot.

Napoleonmania was to be short-lived, however, as fears over a possible adverse reaction from people who might consider the song to be ridiculing the mentally ill caused both of New York’s Top 40 music radio stations at the time, WABC and WMCA, to impose a ban on broadcasting the record. Stations in other markets followed suit and, as a result, “They’re Coming to Take Me Away, Ha-Haaa” has the distinction of the being the record to drop the furthest within the Top 40 in a single week, dropping from #5 on August 20 to #37 on August 27. By Labor Day, Napoleon XIV had disappeared from the charts forever.

Since there’s a very good chance that you have not heard it in almost 50 years (and because we’re willing to bet that you’ve never heard the B-side), we proudly present both the A and B sides of Napoleon XIV’s legendary hit. Note that the B-side, “!aaaH-aH ,yawA eM ekaT oT gnimoC er’yehT” is actually the A-side played in reverse, and features a label that is a true mirror image (as opposed to just having everything spelled backwards) of the A-side label. Even the iconic Warner Bros. shield logo is reversed!

In his Book of Rock Lists, rock music critic Dave Marsh called “!aaaH-aH ,yawA eM ekaT oT gnimoC er’yehT” the “most obnoxious song ever to appear in a jukebox,” saying the recording once “cleared out a diner of 40 patrons in two minutes flat.”

When is the last time you heard this ‘classic?’

When Tom Morello Became a Stripper to Buy a Hot Tub

BILLY SHEEHAN On THE WINERY DOGS’ Hiatus: ‘We Wanted To Give It A Break For A While So It Didn’t Get Stale’