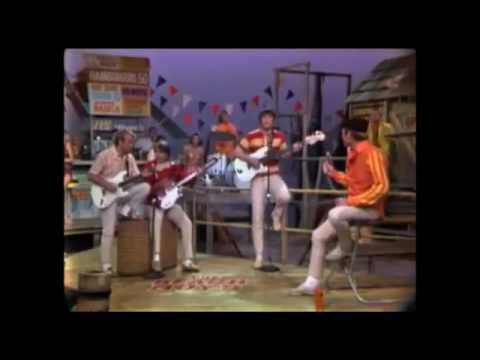 The actual date is up for discussion, but it was either on July 12, or July 24, 1965, that The Beach Boys released their hit single “California Girls”. The song has became one of the all time classic Rock and Roll tunes.

But here is something you may have known about the song….

The music for the song came from Brian Wilson’s first LSD experience. In the Beautiful Dreamer documentary, Wilson said that shortly after taking LSD, he ran up to a bedroom and hid under a pillow, shouting “I’m afraid of my mom, I’m afraid of my dad.”

Sometime later, he left the room and went to a piano. Within a half hour, he had come up with the “well east-coast girls are hip, I really dig the styles they wear” part of the song. The next day, he and Mike Love supposedly finished off the remainder of the song.

And, “California Girls” was the first Beach Boys recording to feature vocals from Bruce Johnston, who had joined the group to substitute for Brian Wilson on concert tours. Bruce’s vocals can be heard at the end of the song.

Do you remember the first time you heard the song, and be honest, when it comes on, do you sing along because we know ya know the words?