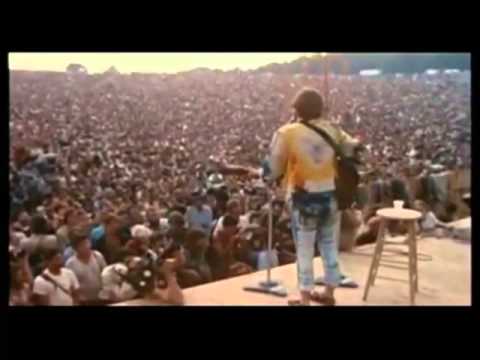 On the second day of Woodstock, the artists were still having problems getting to the site on time for their sets. Just after Santana finished their historical set, the next band wasn’t there. However John Sebastian was. He was just hanging out backstage when he was asked if he would play a couple of songs until the next band got there. John was not a scheduled performer.

John ended up doing a 5 song set. He has admitted he was high at the time. And he made history. Here is the final song John played 49 years ago today in upstate New York.

John Sebastian with “Younger Generation” from a film about Woodstock 1969 🙂

The Very Hard Rolling Stones Quiz | This Day In Music

WOLFGANG VAN HALEN Shoots Down ‘Sh***y Lie’ About VAN HALEN’s Future: You Are ‘Hurting Me And My Family’

How the Jeff Beck Group Began Rebuilding With ‘Rough and Ready’

FLOOR JANSEN: NIGHTWISH Is What It Is Because Of The Good Music That TUOMAS HOLOPAINEN Writes