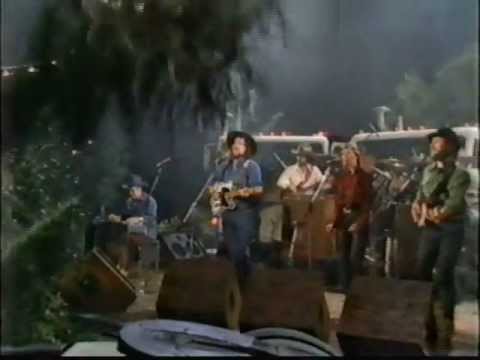 "…I'm for law and order, the way that it should be.
This song's about the night they spent protecting you from me.
Someone called us outlaws in some ol' magazine
New York sent a posse down like I ain't never seen…."

On Aug. 24,1977, Waylon Jennings was arrested for cocaine possession in New York City by federal agents. The event inspired him to write his song "Don't You Think This Outlaw Bit's Done Got out of Hand?"

"Outlaw Bit" is one of the greatest outlaw music songs ever written in our opinion (CRRK). Even Metallica has covered it. In our opinion, it's up there with "Renegade" by Styx / Tommy Shaw.

Oh, the drug charges…… they were dropped.

BLACK STONE CHERRY’s BEN WELLS: EDDIE VAN HALEN Was ‘An Innovator’ Whose ‘Influence Will Carry On For Eternity’

Listen to Willie Nelson and Karen O Cover ‘Under Pressure’