49 years ago tonight, The New Yardbirds played their first show. We were going t…

Written by megarock on September 7, 2018

49 years ago tonight, The New Yardbirds played their first show. We were going to write about it, but a friend sent us this. In case you didn't know, The New Yardbirds was the band that was formed when The Yardbirds split. One of the guitarists decided to honor some contracts that were in place. That guitarist was Jimmy Page.

And so, the beginnings of Led Zeppelin. 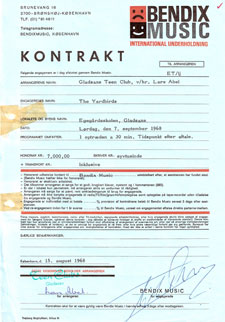 UDO DIRKSCHNEIDER On Former U.D.O./DIRKSCHNEIDER Guitarists KASPERI HEIKKINEN And BILL HUDSON: ‘There Was Too Much Ego’