May 21, 1979: Elton John started a tour of the USSR when he played at the Bolshoi Oktyabrsky (Great October) Concert Hall in Leningrad. The concert tour (with Ray Cooper on percussion) consisted of eight shows, four in Leningrad and four in Moscow, making Elton the first Western rock star to ever tour the Soviet Union. 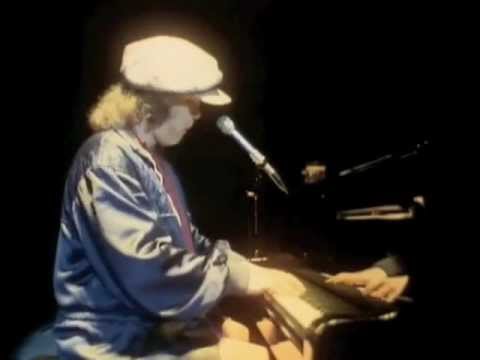 How ‘License to Kill’ Almost Murdered the James Bond Franchise

IMONOLITH Post New Episode Of Inside The Album Series – “Foregone”

METALLICA Guitarist KIRK HAMMETT Looks Back On Forming EXODUS – “That Was A Really Golden Time; We Were All Very Naïve And We Weren’t Jaded At All”

MOONSPELL: Official Biography ‘Wolves Who Were Men’ To Receive English-Language Release In The Fall

23rd May 1991, Photographer Michael Lavine took what would be the publicity shot…