June 5, 1964: The future David Bowie (only 17 years old) released his first single in the UK; "Liza Jane" was performed by his band, Davie Jones and The King Bees. Despite promoting the single on the television shows Juke Box Jury, Ready Steady Go! and The Beat Room, and receiving good radio coverage, the single sold poorly and failed to make the charts. The band was subsequently dropped from their label, Vocalion Pop. 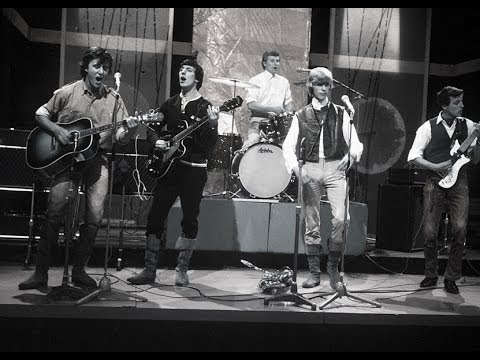 Davie Jones And The King Bees – Liza Jane released 5th June 1964. Random pix from 1964 to 1966 of Bowie and his bands The King Bees,The Mannish Boys,The Lowe…

ROB ZOMBIE Reflects On His History With WHITE ZOMBIE – “We Had At Least Seven Solid Years Of Nobody Giving Two Shits That We Existed On Any Level”; Video

Why John Lennon Originally Hated the Beatles’ ‘Twist and Shout’

Coldplay – The Rapid Rise And Rise | This Day In Music