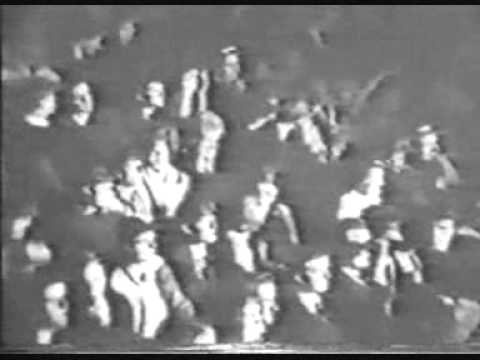 June 14, 1964: After missing the first 10 days of The Beatles' world tour because of tonsillitis, Ringo rejoins the band in Melbourne, Australia. Session drummer Jimmy Nicol had filled in for Ringo while he was ill; they paid him £2,500 per gig with a £2,500 signing bonus. At the Melbourne airport, Epstein presented Nicol with a cheque for £500 and a gold Eterna-matic wrist watch inscribed, "From The Beatles and Brian Epstein to Jimmy – with appreciation and gratitude".

The Beatles arrived in Melbourne and were greeted at the airport by over 5,000 fans. Another 20,000 fans lined the route from the airport to the hotel. Army and navy units were brought in to help control the crowds, cars were crushed, hundreds of girls fainted and over 50 people were admitted to hospital with broken bones.

STEVE LUKATHER – “My Peace With God Has To Do With Forgiving Myself About Ridiculous, Regretful Things I Did In My Past,” Says TOTO Legend (Video)