August 18, 1977: Funeral services for Elvis Presley are held at Graceland. Inside are 150 mourners, outside are 75,000 more. Presley was entombed in a white marble mausoleum at Forest Hill Cemetery in Memphis near the grave of his mother, Gladys, but would be re-buried at Graceland the following November at his father’s request. 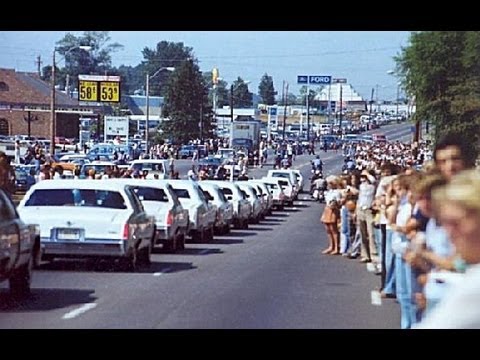 Elvis was given the honour of a state funeral. An estimated 500,000 people as well as 1000 Police officers lined the streets of Memphis as his hearse drove b…

JUDAS PRIEST Guitarist RICHIE FAULKNER Weighs In On K.K. DOWNING’s Return To The Live Stage – “Good To See The Man Where He Belongs”