Cream Playing Badge at their 2005 Reunion

15th March 1969, Cream started a two-week run at No.1 on the UK chart with their fourth and final original album Goodbye. The single, 'Badge', (which was written by Eric Clapton and George Harrison), was subsequently released from the album a month later. Harrison was credited on the track, (for contractual reasons), as 'L'Angelo Misterioso' on rhythm guitar. https://youtu.be/gPDZ2M51XDw 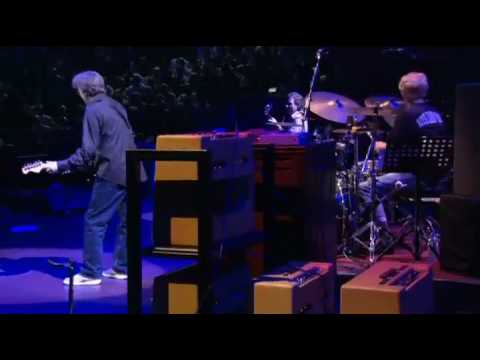 Cream Playing Badge at their 2005 Reunion

A recording of Cream playing their hit, Badge during their reunion concerts at The Royal Albert Hall in London in May 2005. More guitar stuff at http://www.g...