Bruce Springsteen : The Day I Was There | This Day In Music

4 June 1984, Bruce Springsteen released the album, 'Born In The USA', which became the best-selling album of 1985 in the United States (and also Springsteen's most successful album ever). The album produced a record-tying string of seven Top 10 singles (tied with Michael Jackson's Thriller and Janet Jackson's Rhythm Nation 1814). https://www.thisdayinmusic.com/…/bruce-springsteen-the-day…/ 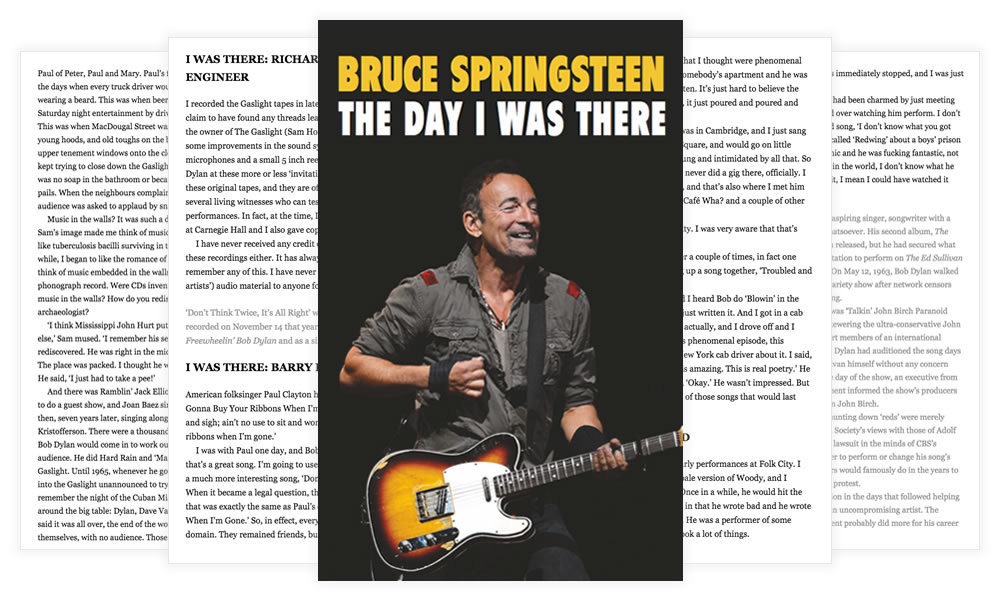 Bruce Springsteen : The Day I Was There | This Day In Music

This book features over 300 accounts from fans who have witnessed a Bruce Springsteen live show. From late 60s concerts in New Jersey right through to his marathon three hour plus shows from recent times.