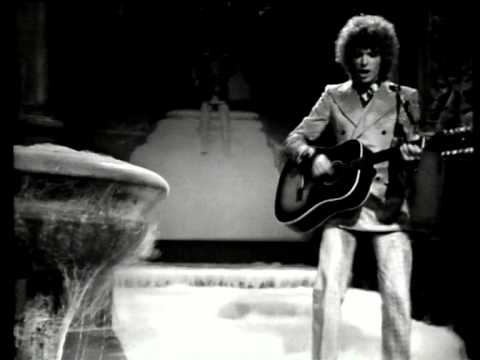 July 11, 1969: David Bowie's second album, called "David Bowie" is released on the Philips Record label. The album would be called "Man of Words/Man of Music" when it was released by Mercury Records in the US.

Although the album's opening track, "Space Oddity" had been a hit single, the album itself did not make the charts. It will be re-released in 1972 after Bowie's success as Ziggy Stardust and will go to #17 in the UK and #16 in the US.