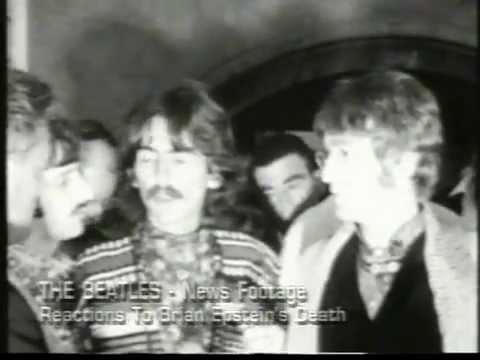 August 27, 1967: British music entrepreneur and the manager of The Beatles Brian Epstein was found dead in his bedroom at his London home. A coroner's inquest concluded that Epstein died from an accidental overdose of sleeping pills.

The Beatles received word about Brian's death while on holiday and attending a series of lectures by the Maharishi in Bangor, Wales. They immediately returned to London upon hearing the news.

Along with The Beatles Brian also managed several other artists including Gerry & The Pacemakers, Billy J. Kramer and The Dakotas, The Reno Four and Cilla Black. He was 32 years old.

The Beatles were now left without a manager, with no idea about their financial situation or any clue on how to do anything but make music. Years later John Lennon would comment that the Beatles were doomed when Brian died, saying that they'd "fucking had it."