Mott The Hoople – “One Of The Boys” (Single Edit)

September 8, 1972: Mott The Hoople released their fifth album, "All The Young Dudes." Thanks to the success of the title track, a huge hit in the UK, and their most successful single in the US, the LP was a turning point for the then-struggling band; having been on the verge of breaking up, they now were seen as part of the Glam Rock scene that produced Bowie, T. Rex and Slade. The album, produced by David Bowie, would peak at #21 on the UK charts and #89 in the US. 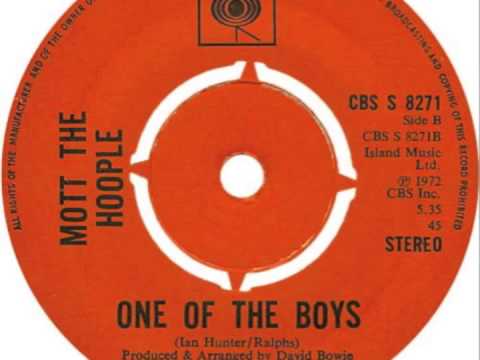 Mott The Hoople – “One Of The Boys” (Single Edit)