28 Nov 1991, Nirvana recorded a performance for BBC TV music show Top Of The Pops in London. When asked to lip-sync ‘Smells Like Teen Spirit’ to a pre-recorded tape Kurt Cobain protested by singing an octaveSee More lower (he later confirmed he was imitating Morrissey from The Smiths), and attempted to eat his microphone at one point. He also changed some of the lyrics, exchanging the opening line “load up on guns, bring your friends,” for “load up on drugs, kill your friends.” https://youtu.be/1khy9_E4h44 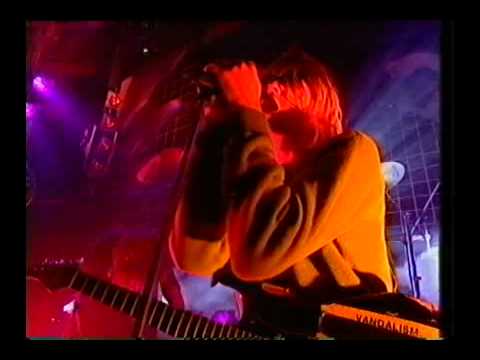 CANDY / ELECTRIC ANGELS Drummer JOHN SCHUBERT Guests On In The Trenches With RYAN ROXIE – “Whose Hair Was Bigger?”