The Beatles – Roll Over Beethoven live in Washington D.C. 1964 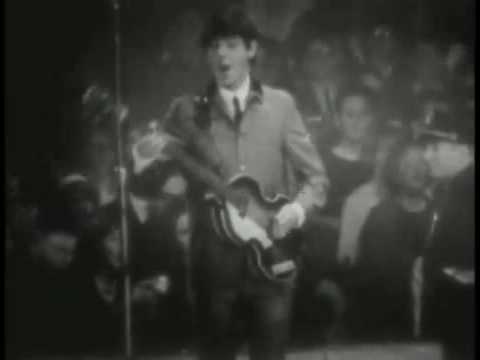 February 11, 1964: The Beatles played their first American concert, making their live debut at the Washington Coliseum in Washington D.C. Due to a snowstorm, their flight had been grounded, so they traveled that afternoon by train from New York City.

Over 350 police surrounded the stage to keep the 8,000 plus screaming fans under control. The concert was in the round, like a boxing ring, so the Beatles had to stop three times and turn Ringo’s drum kit around and re-position their microphones so that they faced a different part of the audience. They played 12 songs during their 35 minute set; the opening acts were The Caravelles, The Chiffons and Tommy Roe.

The Beatles. Live At The Washington Coliseum, 1964.