Happy birthday to Taylor Hawkins born 17 Feb 1972, American drummer, who worked with Alanis Morissette as her touring drummer on her Jagged Little Pill tour. He joined Foo Fighters in 1997, and has a side project, Taylor Hawkins and the Coattail Riders, in which he plays drums and sings. He was voted Best Rock Drummer in 2005 by the UK drumming magazine Rhythm. At Live Earth in 2007, Hawkins was part of SOS Allstars with Roger Taylor of Queen and Chad Smith of Red Hot Chili Peppers. https://youtu.be/T1ulzJwd_oE 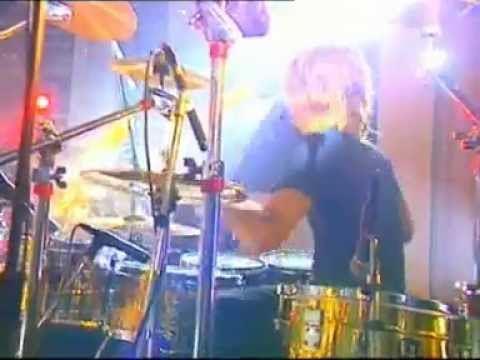