April 12, 1975: David Bowie announced in a Playboy Magazine article that he was retiring…for the second time. Bowie was quoted, “I’ve rocked my roll. It’s a boring dead end for me, there will be no more rock n’ roll records from me. The last thing I want to be is some useless fucking rock singer.”

Like his first retirement in 1973, this second one wouldn’t last long; by the beginning of the next year, Bowie would release his 10th album, “Station to Station”. When a journalist reminded Bowie of his “retirement” Bowie would respond, “I lie. It’s quite easy to do. Nothing matters except whatever it is I’m doing at the moment. I can’t keep track of everything I say. I don’t give a shit. I can’t even remember how much I believe and how much I don’t believe.”

Bowie’s current single, “Young Americans,” was currently climbing up the Billboard Hot 100, where it would peak at #28. 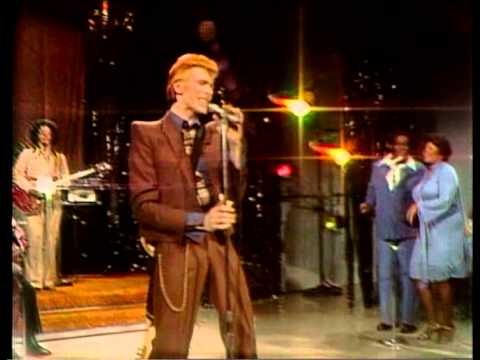