May 11, 1965: The Byrds made their television debut, performing “Mr. Tambourine Man” on NBC’s Hullabaloo. Recorded near the end of January, the only Byrd to actually play on the track was singer/guitarist Roger McGuinn; CBS Records decided to use the Hollywood session musicians known as The Wreckibg Crew on the song, rather than the group. The session musicians played behind the vocals of McGuinn, Crosby, and Clark. 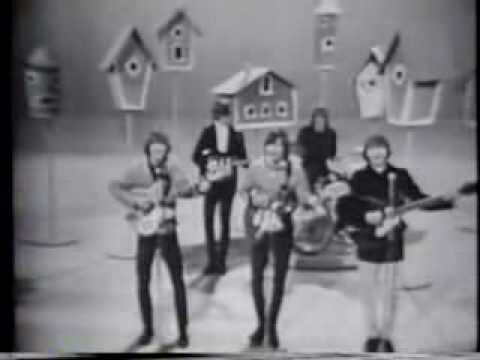