4 July 2015, Blur’s Damon Albarn was removed from stage at the Roskilde festival in Denmark after a mammoth five-hour set. The singer who was headlining the event with his Africa Express project encouraged the crowd to protest at the plug being pulled. The stage manager emerged, put the singer’s jacket over his shoulders and lifted him off stage. https://youtu.be/l_oDXt6-XFo 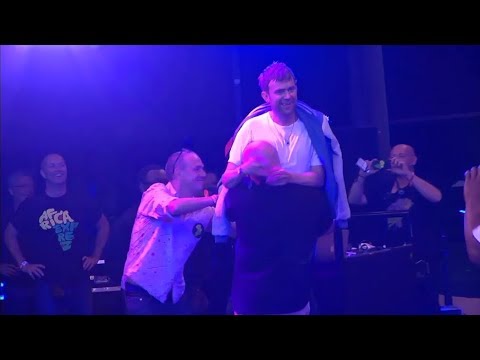