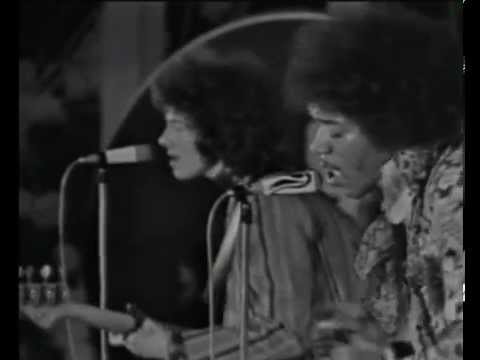 July 8, 1967: The Monkees began a 29-date US tour in Jacksonville, Florida. The opening act was the relatively unknown Jimi Hendrix Experience. The Monkees had been turned on to Hendrix by Paul McCartney when they’d been in the UK and they all become big fans; after Micky Dolenz and Peter Tork saw the Experience at the Monterey Pop Festival in June, they asked their manager to get the group to open for them on their upcoming tour.

As expected, the seemingly odd pairing of groups didn’t go well; the Monkees’ fans weren’t interested in seeing the Experience (and were probably a little scared of Hendrix). They were dropped from the tour after only seven shows.