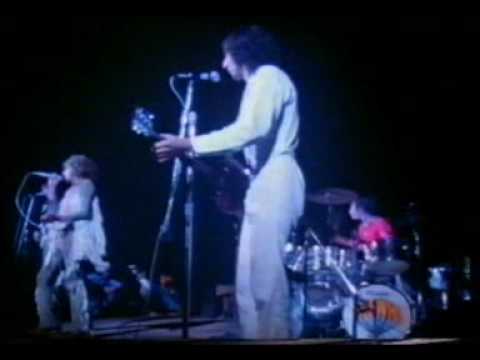 August 16, 1969: Its Day Two of the Woodstock Music & Arts Festival in Bethel, New York. As thousands of people descend on the concert, many, many more than the promoters anticipated (and most without tickets) they realize that they are not prepared to handle the oversized crowd and decide to make it a free concert; to add to the problems and difficulty in dealing with the large crowds, recent rains had caused muddy roads and fields. The facilities were not equipped to provide sanitation or first aid for the number of people attending; hundreds of thousands found themselves in a struggle against bad weather, food shortages, and poor sanitation.

Among the acts on today’s bill were Canned Heat, Mountain, Grateful Dead, Creedence Clearwater Revival, Janis Joplin with The Kozmic Blues Band, Sly and the Family Stone, The Who and Jefferson Airplane.

During The Who’s set, hippie leader Abbie Hoffman is knocked off the stage by Pete Townshend while attempting to make a political statement. Townshend would later say that he didn’t know it was Hoffman at the time.