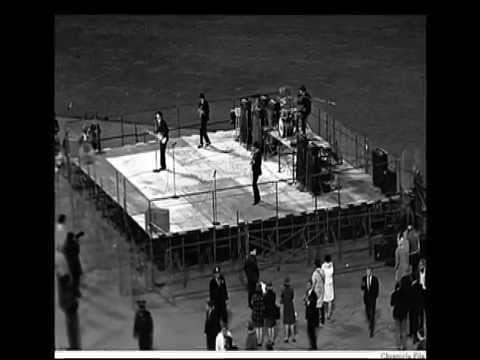 August 29, 1966: The Beatles finshed up their third US tour with a concert at Candlestick Park in San Francisco. It would be the last time that they would play in the US, and the last concert they would ever perform in front of a paying audience. They played their usual eleven song, 30 minute set and ended with “Long Tall Sally.” The opening acts at the show were The Remains, Bobby Hebb, The Cyrkle and The Ronettes.

After the show, the Beatles were quickly taken to the airport in an armored car. They flew from San Francisco to Los Angeles before heading off to Lobdon. During the flight, George Harrison was heard to say, “That’s it, then. I’m not a Beatle anymore.”

August 29, 1966: The Beatles knew the concert at Candlestick Park was to be thei…