Genesis A Trick Of The Tail (Official Music Video 1976)

September 2, 1970: Genesis ran an advertisement for a drummer in U.K. music magazine Melody Maker. Phil Collins answered the ad and the band hired him after he told them that he had played percussion on George Harrison’s “All Things Must Pass” album (his conga playing never made the cut and he wasn’t on the LP).

Collins would take over vocal duties in the band in 1975 with the departure of lead singer Peter Gabriel. 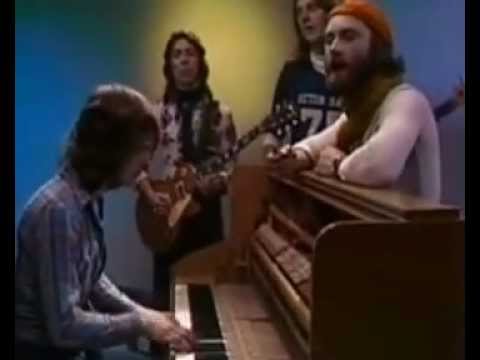 Genesis A Trick Of The Tail (Official Music Video 1976)