September 13, 1969: John Lennon and The Plastic Ono Band made their live debut at the Rock & Roll Revival Show in Toronto, Canada. The band members for the show were Eric Clapton, Klaus Voormann on bass and drummer Alan White; the band was formed so last minute that they had to rehearse on the plane from England. As it was, they performed only oldies, along with the Beatles’ “Yer Blues” and Lennon’s latest single, “Cold Turkey.” It was Lennon’s first North American appearance since the Beatles’ last concert in 1966.

Over 20,000 people attended the concert, which also featured Chuck Berry, Gene Vincent, Little Richard, Alice Cooper, Bo Diddley, and The Doors. During Alice Cooper’s set, a chicken made its way onto the stage and Cooper threw it into the crowd, expecting it to fly. Instead, it plummeted into the audience where it was torn to pieces.

Apple Records would release the Plastic Ono Band performance as the “Live Peace in Toronto 1969” album in December 1969. 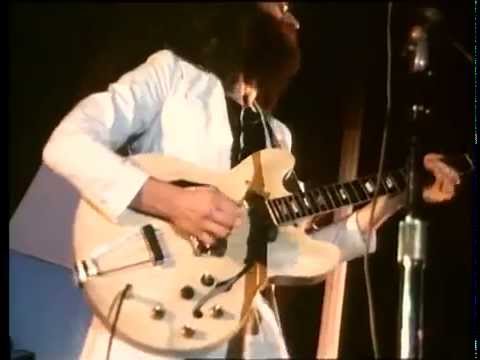 Jason Newsted Says Megadeth Talk Was ‘Interesting for a Minute’