September 24, 1971: T. Rex released their second album, “Electric Warrior.” Having recently changed the name of the band from Tyrannosaurus Rex, the album marked a turning point in the band’s career; they dispensed with their folk-oriented, accoustic music and were now pioneering a new, harder, electric sound. The album would peak at #1 on the UK charts and feature the #1 single “Get It On” and “Jeepster,” which peaked at #2. The album would go to #32 on the US charts. 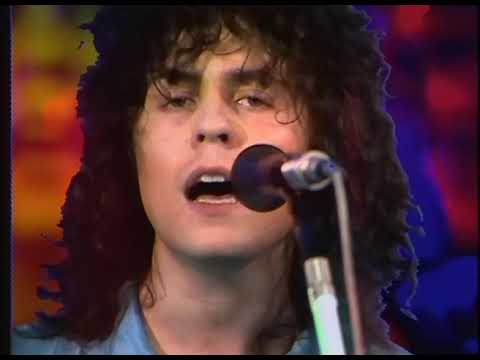