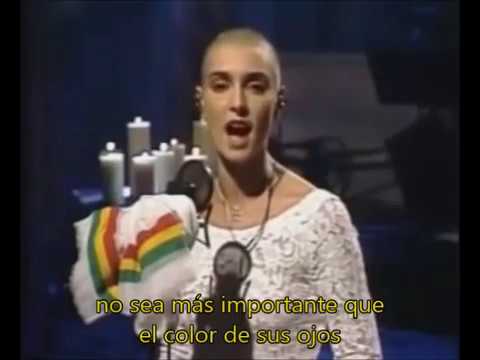 October 3, 1992: Sinead O’Connor ripped up a photograph of the Pope on Saturday Night Live as a protest over sexual abuse in the Roman Catholic Church.

The incident happened as Sinead ended her live performance of Bob Marley’s “War” and, out of nowhere, produced a photograph of Pope John Paul II, which she ripped into pieces. There was stunned silence in the studio and the station went to a commercial. NBC was fined $2.5 million dollars by the Federal Communications Commission. The public backlash against Sinead was harsh and loud; in some ways her career never recovered from her courageous protest.