5 June 1956, Elvis Presley appeared on ABC-TV’s ‘Milton Berle Show’. During the performance, Presley abruptly halted an uptempo rendition of ‘Hound Dog’ with a wave of his arm and launched into a slow, grinding version accentuated with energetic, exaggerated body movements. Presley’s gyrations created a storm of controversy. https://youtu.be/WJnVQDA9rHA 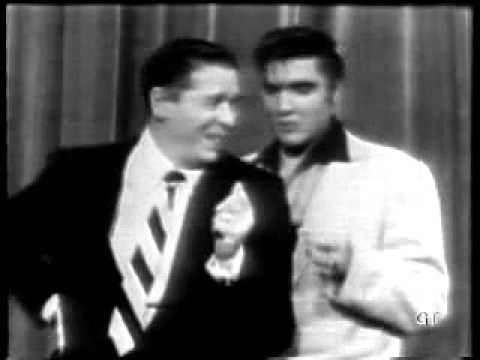