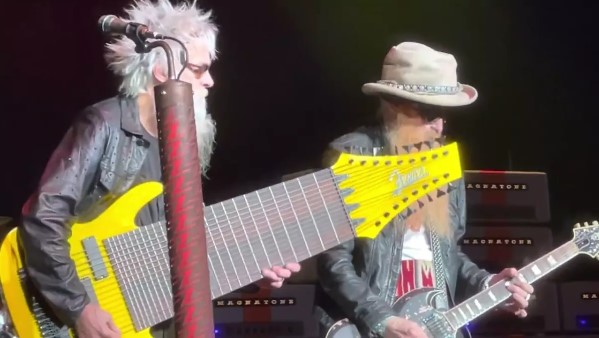 Over the years, the rock world has seen its fair share of weird customs, such as Lita Ford’s steam train guitar, Steve’s Vai’s ‘Heart’ guitar, Andrew W.K’s beef taco six-string and perhaps most famously, ZZ Top’s rotating fluffy guitars made out of sheepskin, as featured in their 1983 Legs video.

Of course, the aforementioned Texan rockers have never been known to do things by halves, particularly when it comes to the length of their wizardly beards or the outlandishness of their instruments.

In a recent display of eccentricity, during their recent show in Huntsville, bassist Elwood Francis – who joined the band in replacement of the late Dusty Hill – briefly performed using a 17-string bass, while offering no explanation for his choice. 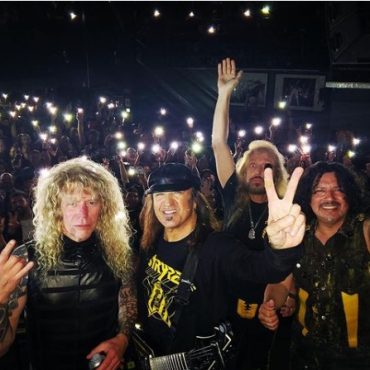 Christian rockers STRYPER were forced to perform their concert Saturday night (November 5) in West Hollywood, California with two battery-powered practice amps, one snare drum and three members of the band singing a cappella after power went out at the legendary Whisky A Go Go club. On Sunday (November 6),STRYPER frontman Michael Sweet took to his social media to share a photo from the venue, and he included the following message: "Well, that was a […]